Football is a group sport. Playing football allows us to learn to cooperate with each other, follow rules and get along with others, and make more friends. Amateur football players are about a few friends playing a football match on a nearby playground. However, for professional football matches, the requirements for the playing field and equipment are very strict. Today, Xiao Bian talks about the football field. Some specific requirements with the device. 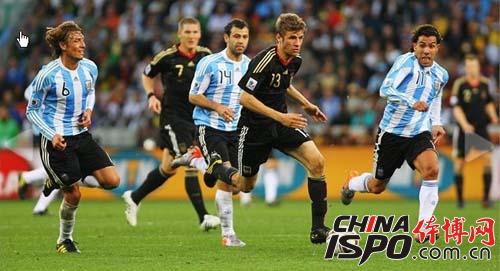 The sideline of the football match is composed of two long sides and two short ends. The two sides are perpendicular to each other, and the sidelines and the outer side of the ends are applied with a 5 to 6m barrier-free area to ensure the safety of athletes. The surface material of the barrier-free area is the same as the competition. Site material.

The width of the boundary between the sideline and the end line of the football field is 13cm. This value is included in the playing field.

The football competition venue should be clearly outlined on the plane. The line width must not exceed 12 cm. Do not make a "V" shaped groove. The longer two lines are called edges and the shorter ones are called goal lines. In the middle of the venue, a line traversing the course is called the midline. The center of the venue should be marked clearly and centered on this point. With a radius of 9.15 meters, a circle is called a circle. At each corner of the site, there should be a flat top flagpole not less than 1.50 meters high on one side and a small flag on one side; similar flags and flagpoles can be on the opposite side of the sidelines of each side of the site. 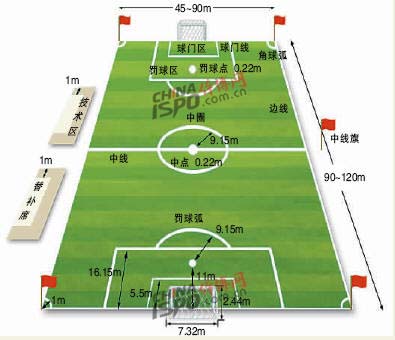 Take the intersection of the edge line and the goal line as the center of the circle, and take a radius of 1 meter, draw a quarter circle arc around the field. This arc is called the corner area.

The goal should be set at the center of each goal line, consisting of two horizontal crossbars that are 7.32 meters apart and equal to the west corner flag point, with an upright post and a horizontal crossbar 2.44 meters below the ground. To ensure safety, It is a fixed goal or a movable goal that must be stably fixed on the field. The width and thickness of the post and crossbar shall be equal and equal to no more than 12 centimeters. The net is attached to the goal post behind the goal and the crossbar and the ground. The net should be properly supported so that the goalkeeper has room for full activity.

Remarks: The net can be made of hemp, jute or nylon. Nylon ropes can be used but they must not be thinner than hemp or jute ropes.

Professional football matches include lighting, bleachers, changing rooms and other facilities. Football stadiums for professional soccer leagues or national teams can have advertisement boards on all four sides, and the stands are more likely to accommodate tens of thousands of viewers. Some football fields may have track and field runways. 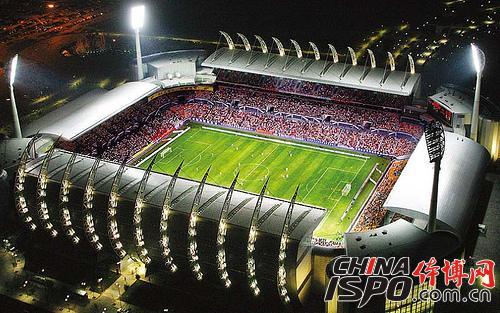 The ball for the game should be round and its outer shell should be made of leather or other approved materials. In its structure, materials that could harm the athletes must not be used. 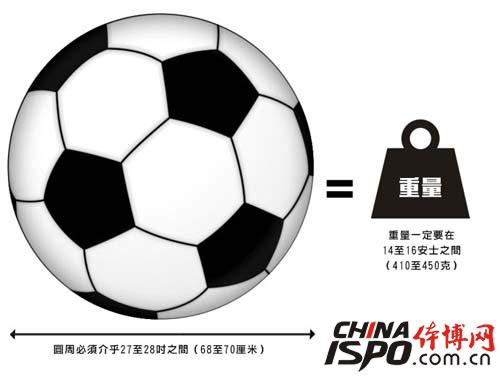 The circumference of the ball must not be more than 71 cm or less than 68 cm. The weight of the ball is between 14 and 16 ounces. At the start of the game, it must not be more than 453 grams or less than 396 grams. After inflation, the pressure should be equal to 0.6-1.1 barometric pressure (at sea level), which is equivalent to 600-1100 g/cm. During the course of the competition, the game ball shall not be replaced without the permission of the referee.